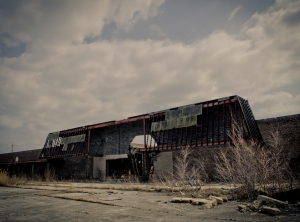 Dixie Square Mall (Harvey, IL) was the first abandoned site I had ever visited. The mall opened in 1966 and eventually shut down 1981 due to high vacancy rates and its low number of visitors. I visited Dixie Square Mall by myself in 2006, my freshman year of high school. I grew up roughly 5 minutes from its very location, but never knew it existed until I moved away 12 years later. I first heard of the abandoned site through my parents, who both worked at the mall and shared its history with me. After they told me it was used as part of the set for one of my favorite movies, The Blues Brothers, I knew that I had to check it out.

One thought on “Dixie Square Mall”